Here is another one of my blog posts on a Sunday afternoon even though I have more pressing things to do. This one is about my experience recording cars. I am by no means an expert in recording any type of vehicle. There are people way more skilled and experienced than I am but I’m fascinated by the sound of engines, pass by’s and the general motion of anything. I have never recorded from the perspective of “on the car” before and figured that it was time to give it a try.

I have a 2007 Chevy Tahoe V-8. I love the sound of this car…. from the outside. The inside is very quiet. So, yesterday morning I got up the nerve to strap a microphone to the back of the Tahoe near the tail pipe and see what I could get. I use my AT-835ST stereo shotgun microphone because it’s light weight and has barely any handling noise. I found the location where when you want to tow a trailer you can mount a ball hitch. The square hole was just large enough to shove in the Rycote pistol grip wrapped in a small towel to reduce vibration. I aimed the microphone down towards the tail pipe and fed the cable through the rear window hatch to the front. I was able to drive the car around with the SD-702 recorder inside and monitor the recording as I drove. I also put the Sony D-50 inside the Tahoe in the back section to record the interior.

A one minute drive from my ranch there is a vacant housing development (welcome to the new economy) that has a freshly paved road and winds up a mountain with some serious switch backs. After some testing in the driveway I was ready to go. I also brought along my Sanken CSS-5 and a Sony PCM-D1 for some exterior recording once I got to the top of the mountain.

It takes some serious pedal to the metal to get up the mountain and the V-8 sounded great as I sped up and then slowed down for the switch backs. I did notice this cool whining sound from the siped tires as soon as I was on the brand new pavement. I had to remember that this road has no guard rails and it’s a long way down if I drove off the side. Once I got to the top turn around area I set up the CSS-5 and the PCM-D1 and recorded some starts, stops, drive away’s and high speed passes. The road has lots of turns and hills so I got some pretty cool stuff. Check out the sound clips below and if anyone has any suggestions, please let me know. 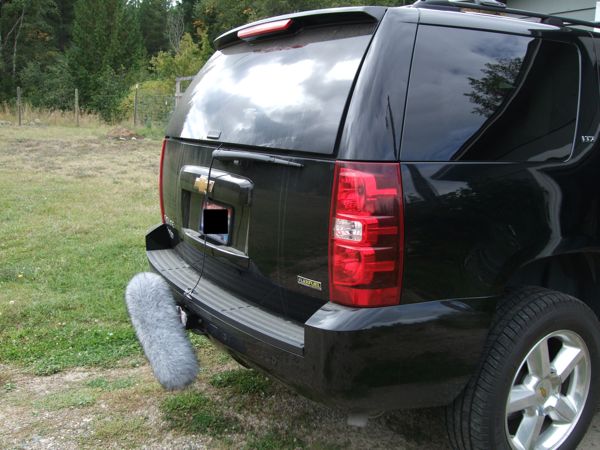 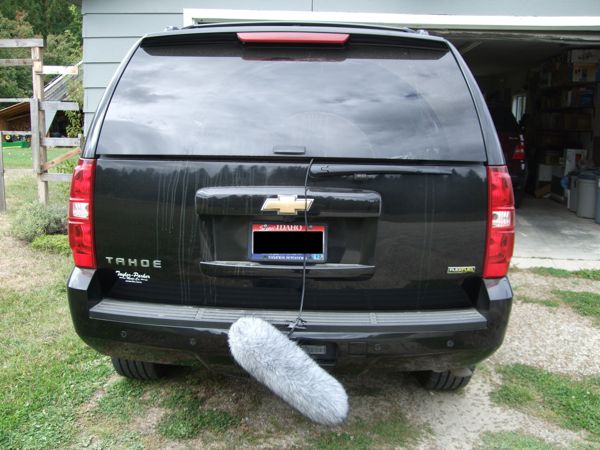 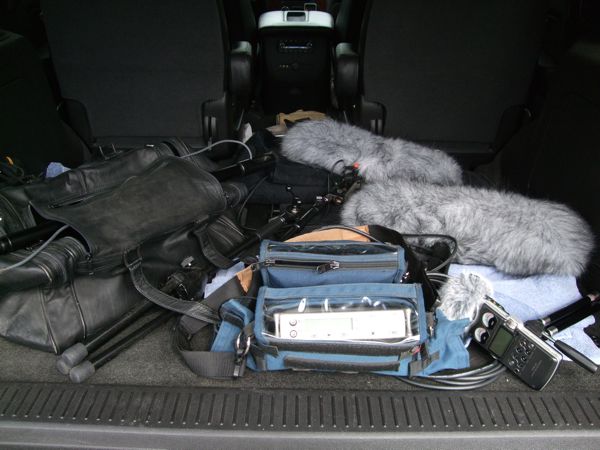 Setting up for exterior drive by's and manuevers 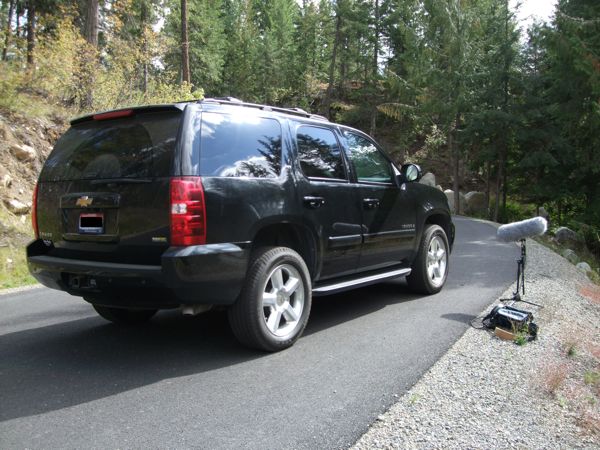 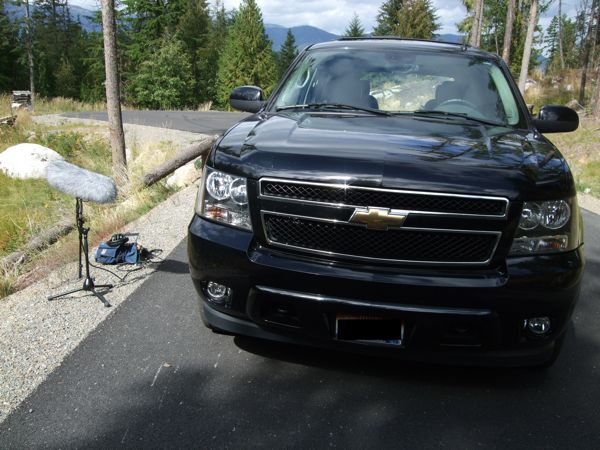 CSS-5 and my 2007 Tahoe in the mountains cooling off

When I was working on Supreme Commander in 2006 I needed lots of combustion engine sounds for a faction called the UEF. They were a futuristic race but still used gas or diesel powered engines in the tanks and other ground vehicles. I was always looking for high performance engine sounds to warp and pitch around as an element in the final composite sound effects. I wish I had the time to go and record source for these but I had none. I ended up using some of my car and truck recordings from my personal archive and library material. All in all I was happy with the results but I now try and record any vehicle I can get my hands on.

When I travel I am always looking for stuff to record and auto or truck engines are one of them.

Below are some recordings I made back in July when I was visiting my sister and her boyfriend outside Seattle. I recorded an 1992 Acura Legend V6 with one of the funky cans on the muffler and a brand new 2011 Ford F-350 Turbo Diesel Super Duty beast truck. We just parked them in the driveway and let them rip. Enjoy. 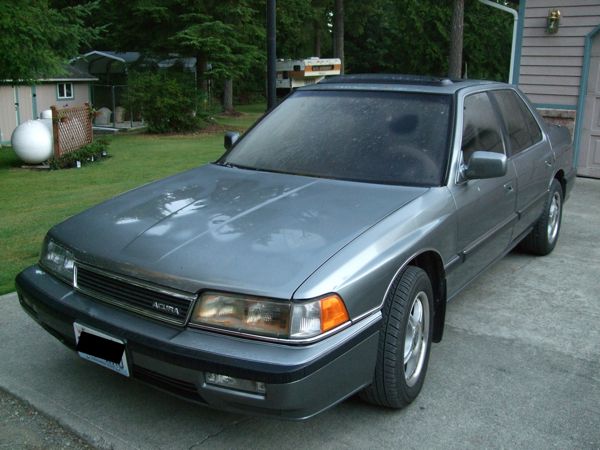 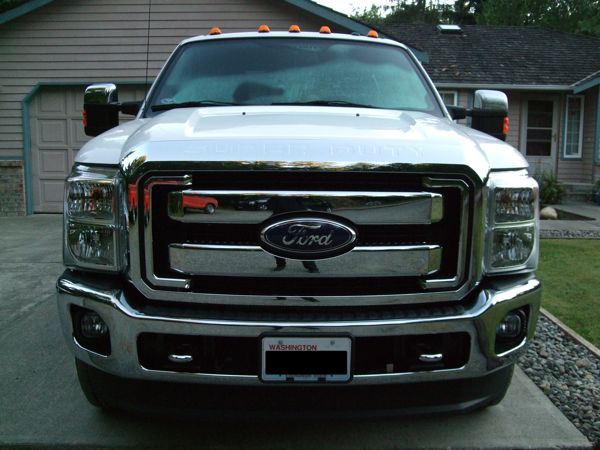 Note: I am digging through my archives for some of the engine recordings I used in Supreme Commander. Stay tuned for a blog post soon.