This last weekend I had a really stupid idea. I thought if I blow up a ballon, tie it to a pole and submerge it underwater at my secret pond I could the pop it and record the sound of the bubbles surfacing. I had the notion that it just might work. I have recorded many large stone splashes at this pond and when the rock sinks to the bottom of the pond the air bubbles that surface immediately after sound really cool. The thing is, they surface just after the splash and they are very short. I wanted to get some longer take of bubbles surfacing and thought the balloon idea was the ticket to bubble bliss.

Well, I found out that it takes a whole lot of weight to hold a ballon under water. Sometime, try to hold a medium sized balloon under water in a tub… you can barely hold it down and most of the time it pops from the pressure. All was not lost though. I figured while I was there recording I must get something so I pushed down on the balloon in the water with a pole as deep as I could and poked it with another pole that had a sharp nail attached. It popped and the resulting sound was OK but what I found out after listening at lower piches that it did not sound half bad. Maybe a little low end enhancement and some compression and it would make for a decent water explosion sweetener, or a sea serpent with really bad gas.

Heres is the audio demonstration:

Recorded with a Sennheiser MKH-8040ST (yes, it was over the water). Enjoy! -Frank 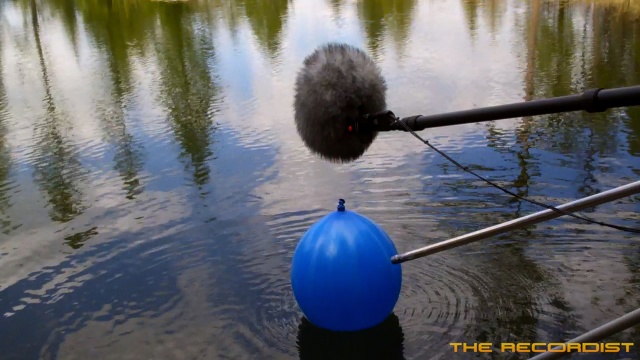 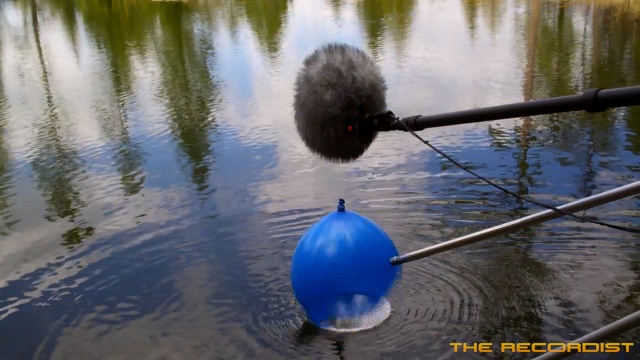 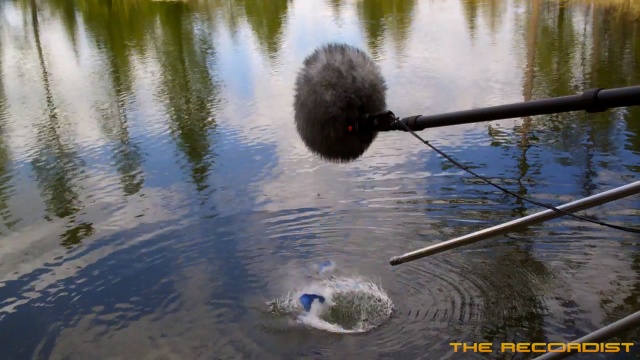 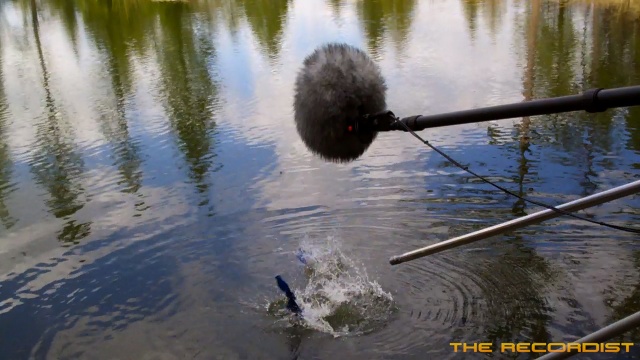 The Making of North Country Water