You are here: Home1 / Blog2 / Field Recording3 / Glass Window Breaking Then And Now

I’ve always had the strangest luck, fate, universe is looking out for me kind of thing going on my whole life. I’m going to take a trip down memory lane here in this blog post and then jump forward to today.

Back in 2000 I had a good friend who had just purchased a defunct steam power plant in Seattle Washington call me up and say “You better get over here ASAP and record this place before I tear it down to build some apartments.” So, I jumped in the car and drove the 6 hours or so from Idaho to Seattle with my HHB PDR-1000 DAT machine and a AT-825 stereo microphone.

When I arrived I was I heaven. There I was in a completely vacant electric power plant with a recorder and microphone! I recorded as much as I could in the limited time I had and one of the best parts was recording objects being thrown through the massive windows. They call these “Blow Out Windows.” I was told that the reason one side of the building is all glass is in case the place accidentally blows up the windows would blow out and the power plant stays standing. Made sense to me but made for even better sounds!

Below are some of the glass breaking sounds and pictures. 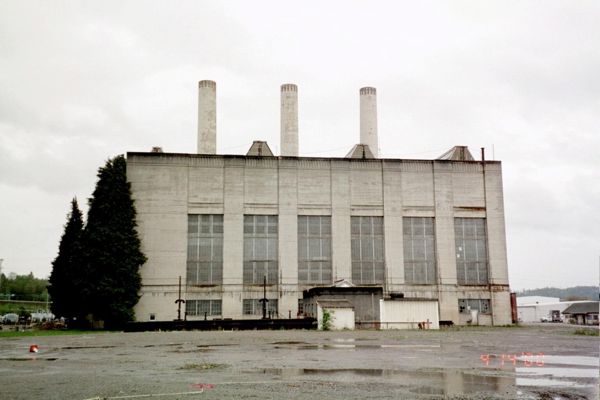 Shuffleton Power Plant from the outside with large windows

Shuffleton Power Plant from the inside

Earlier this week I heard some earth moving machines up the street and some heavy cracking and crunching sounds. I ran outside and saw one of my neighbors moving a single wide manufactured home from the front of their yard to the back of their property. I grabbed my gear and ran over and asked what they were doing and they said “We’re going to burn it, not right away but as soon as burning season starts.” Well, that’s a month away so I asked if I could record some sounds from the really old torn up house. They said “Have at it. Do whatever you want.”

Soon after they had moved it away from the street I started recording the windows breaking. They had pulled most of them out and left them inside but there were some still installed and I had a field day with a crow bar! Also, inside there was a whole wall that was a glass mirror which made some great glass shard falling sounds. I was like a kid in a candy shop. I recorded with my Sound Devices 702 and Sanken CSS-5 from the inside and out. I also recorded some close-up glass cracking with my Sony PCM-D1.

Below are some pictures and some great glass breaking sounds. Do I smell a Ultimate Glass Library coming? No, that’s the inside of the smelly house. Enjoy! 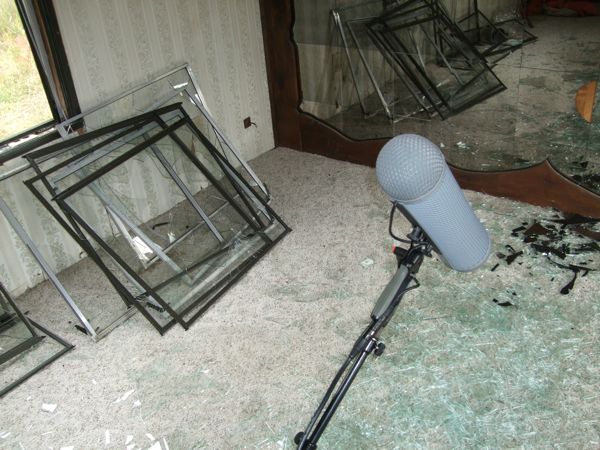 Glass windows and frames inside the smelly, defunct house 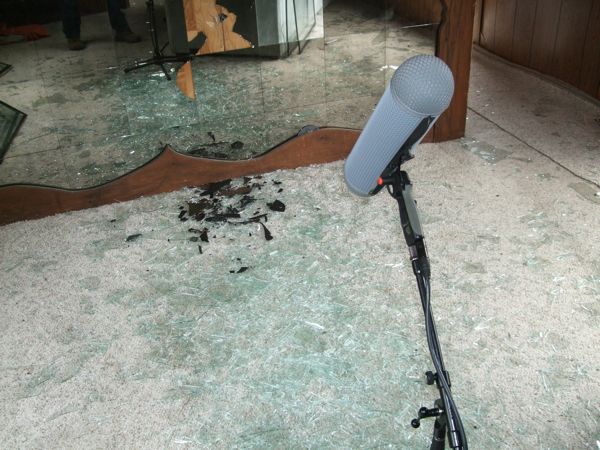 Glass window shards inside the defunct house, did I mention it was smelly? 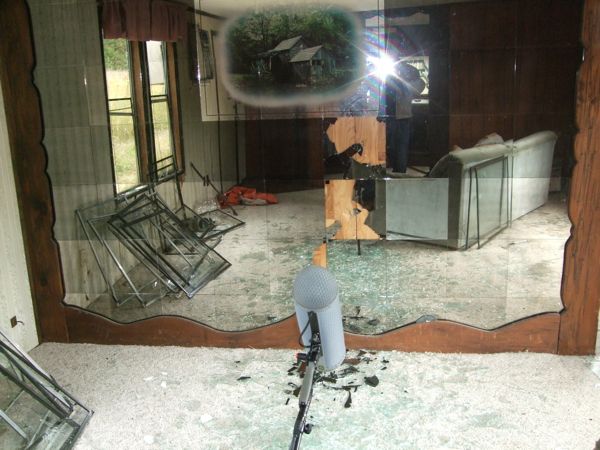 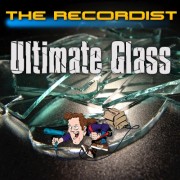