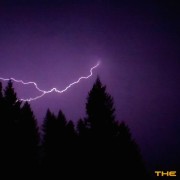 For the last month or so I’ve been driving my wife crazy with my microphone and recorder rigs sitting near the front door. I’ve been trying to record the thunderstorms that were forecast by the experts. So far I’ve been batting a thousand with thunder fail so last night I moved all the gear downstairs to the studio to make good with my wife.

I checked and double checked the weather forecast and there was a remote chance for scattered thunderstorms. This last month had the same forecast so I thought I was good with bringing the gear to the studio for the night. Around midnight I was jarred out of bed by a huge thunder clap. Now this is where it gets a little strange. I really thought I was dreaming. (yes, I do dream in sound effects) I then ran out to the front door and did not hear a thing. No rain, wind or thunder. I stood there for a few minutes in a sleep deprived daze and decided to go back to bed. A few minutes later the was a “KABOOM” and I was again running for the door to see if there was any lightning. By this time it was raining pretty hard so I knew I was not dreaming.

When I brought the gear downstairs to the studio and I removed the Windjammers and set them somewhere. I scrambled around for the Sennheiser 8040ST rig and I could not find the windjammer for it and then “KABOOM” another great thunder clap…. with light rain. I decided to go without the Windjammer but I was nervous because it can protect the microphones from light rain. I set the 8040s outside the door and then I remembered where I put the Windjammer. Bingo, back in business!

I sat there with the recorder on my kitchen table for about 45 minutes and recorded 5 rumbles. I estimate by the time arrival after the lightning flash to be 8 to 10 miles away. Twice a car drove by just after the lightning strike but the pass by sound had faded by the time the rumble came. Still, go figure, cars driving by at that hour on my street? Very rare except when I’m recording something.

The thunderstorm was recorded on June 12, 2011 with a matched stereo pair of Sennheiser MKH 8040s. Prepare your subwoofer because they really rumble. There is no EQ or any other processing except cross fades and mild L2 limiting in Pro Tools 9 HD. 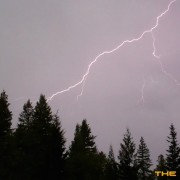 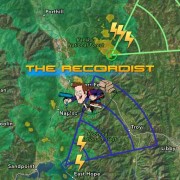 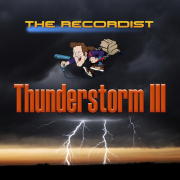 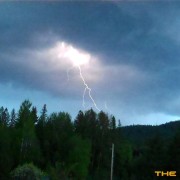 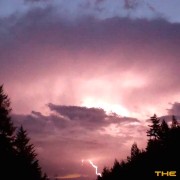 The Making Of Thunderstorm 3 Part 1
1 reply