Snow is another of the sound sources I’ve used quite a bit in the video games I’ve worked on such as Dungeon Siege, Neverwinter Nights and Demigod.

North Idaho gets its share of snow. Living here in the winter is fairly tough when we get lots and lots of snow but it also creates an wonderful opportunity to record some great snow sounds. We get all kinds of snow: slushy, icy, brittle, hard, soft, heavy, light, you name it. Over the last 5 years or so I’ve collected quite a bit of snow recordings at 24bit 96K.

So, where do I start on the story of making this library? Well, most if not all these sounds were recorded at a time when I was not documenting my experience or taking pictures of the actual recording session. I was also very busy working on 2 or 3 video games at a time so the recordings were very spontaneous. I’m working from memory here and I hope I can remember all the great things that happened when I was recording this snow library.

The first thing that comes to mind is I would never really plan recording because of the nature of winter up here in North Idaho. Snow can arrive, melt or freeze at any hour during the day or night so I tried to be ready to record anything at any time. Also, the conditions outside had to be as optimal for recording as they could be.

The conditions outside I remember waiting for before recording:

As you can see, winter recording can be a challenge so being ready with the right gear and mics is the way to go.

Sometimes setting up was just grabbing the Sony PCM-D1 off the shelf and opening the door to record a large snow-pack sliding off the metal roof…. in less than 20 seconds. The snow would start moving down the roof making a soft creaking sound and that was my cue to jump and go. Other times I would bang on the edge of the roof with my fist and see if I could tease it to come down after a long night of snow. 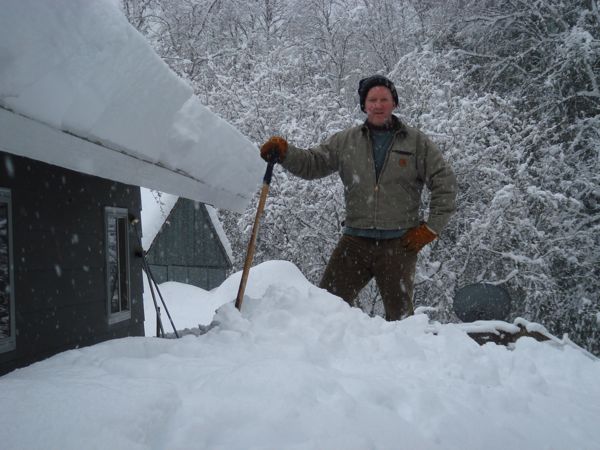 Some of the best snow slides I recorded were of the massive snowbanks that I would pile up on the edge of the driveway with the tractor. I tried to get them as high as I could so I could throw chunks of snow down the sides. 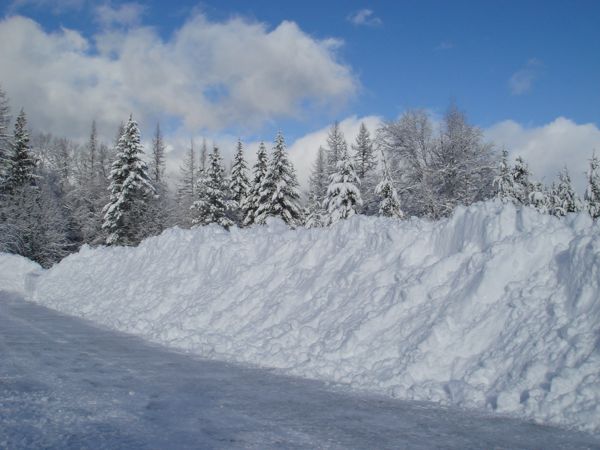 2009 was the year I recorded some great snow slides

As the end of winter came near, the snow would start to melt a little and the snowbanks would harden up a bit. I would try and grab the largest chunks of snow I could with the John Deere bucket and drop them. 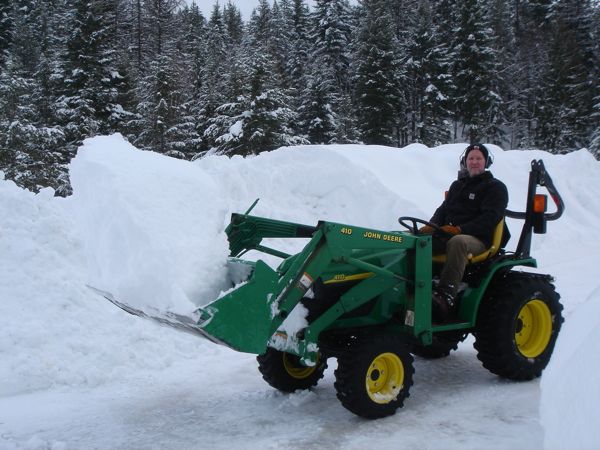 Is this snow chunk big enough?

My garage has a huge metal roof and the snow really piles up over the winter months especially if it stays cold for a extended period of time. I had a few recording sessions with this roof and got some great slides and impacts. 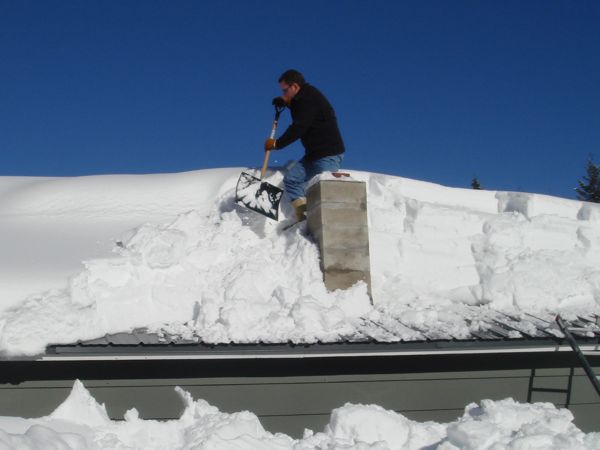 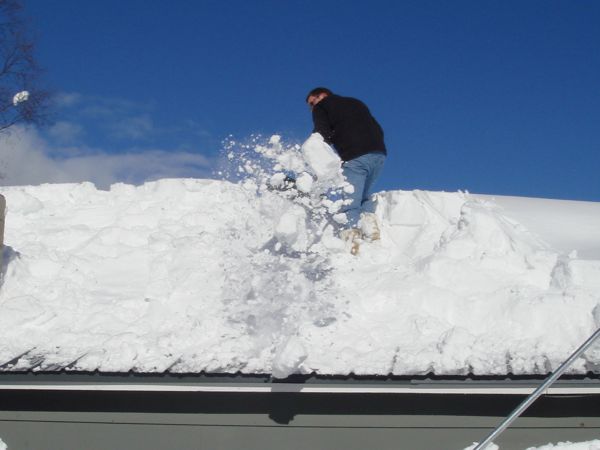 The mic is down below somewhere

I do remember one day I was recording some snowball impacts and rubs and I noticed the volume level of my feet and body movements while I was recording. It was really cold outside but the sun was shining so it didn’t seem that cold. The snow must have been just the right temperature because I had never heard my movements so loud. I tried to muffle the sound of my feet, jacket and snow pants but I could still hear some of it in my takes. So I decided to seize the moment and record a bunch of mountain climbing foley sounds. I walked, ran, stomped, struggled, slid, slipped and fell all over the high snow banks and ended up with some really great foley sounds. 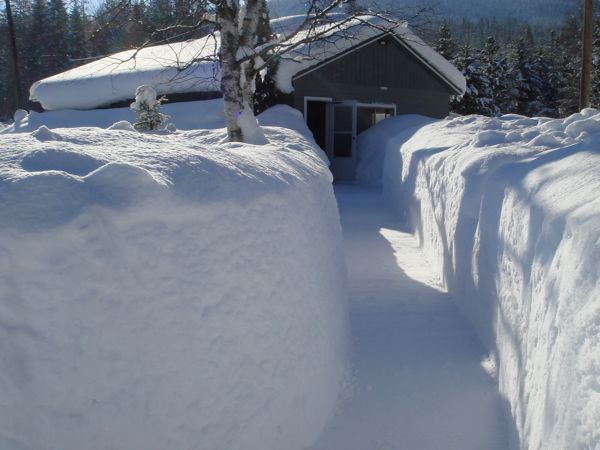 This is what the yard looks like around mid February

I did have some goof ups along the way. One time it was so cold (around 5 Degrees) that I rushed outside with my SD 702 and CSS-5 and wanted to record the soft and dry type of snow. In my haste I forgot to check the 702 record status light. I thought I hit the record button but no, major shmuckiness! The other time was when I was using my FR-2 with AA batteries and I forgot that the cold doesn’t make them last very long. I kept performing with the snow and did not realize the recorder had shut off. Maybe the batteries were duds, who knows. I do most of my recording alone without wearing headphones so I wish I had a clone to man the recorder sometimes.

So there you have it, my somewhat scattered memory of recording snow over the last few years. I learned a few about recording in the cold. Number one –  try not to, you can get extremely cold… Seriously: