For the last 3 weeks I have never left the ranch without my MKH-8040ST recording rig and today I was thankful that I brought them on a simple errand run into town. Just my luck that there was a tain traffic jam in the City of Sandpoint Idaho. Three trains were attempting to pass through on the same set of tracks at the same time and there was some maintenance going on as well. I heard the train horn as I was at the bank this morning and it was the long set of honks i’ve learned over time that they do when on this rail line that runs East to West.

I was only a mile away from my favorite spot to record them stopping and departing and I beat the train and had just a minute to set up before the first train passed and stopped. Soon after this train stopped another train pulled in on the far side and stopped. Train Jam! The first train pulls forward and leaves without much noise. I waited around for ten minutes and decided it would be better to go around to the other side of the tracks and get close up. I had to get back on the road and drive a half mile around to the other side. All the time I’m hoping the train does not leave and it did not. I set up the microphones about a meter away from the rusty old coal cars on the other side of a tall weed patch and waited… again.

After 20 minutes or so another train passed by the far side and when it had completely traveled onto the dual lane tracks the close train started to leave. Ka-bang! Those rusty old cars make some noise! Screeches, squeaks, metal straining, it’s all in there… and good for you too!

Here is a clip of the 3rd train departing played back at 35% of normal speed. Please note there is no processing except some L2 limiting. This is the slowed down sound. 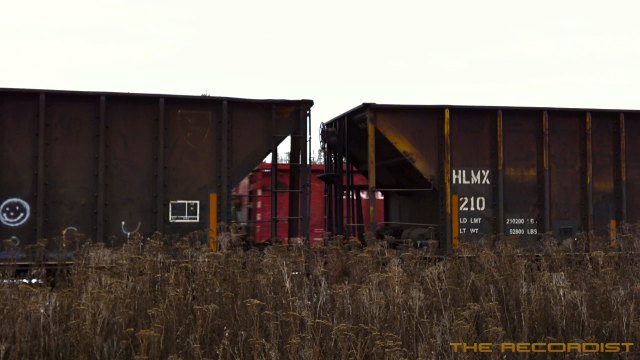 Here are some select portions of the raw normal playback speed recording: 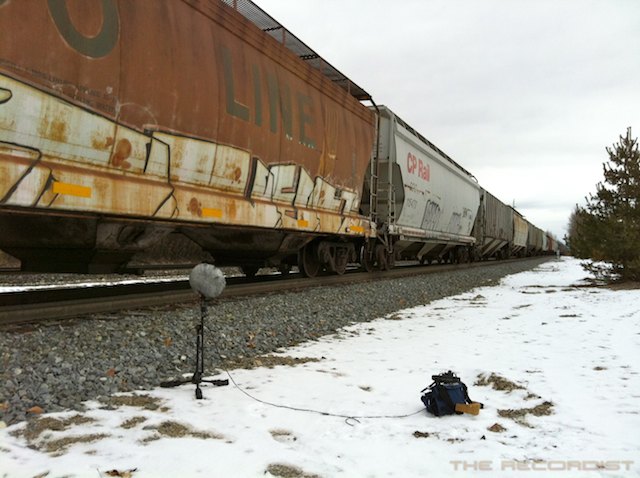