You are here: Home1 / Blog2 / Interviews3 / Breaking The Sound Barrier 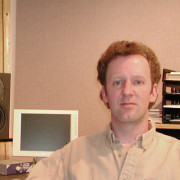 Breaking The Sound Barrier: Local sound designer has a big effect on entertainment

July 8, 2001 SANDPOINT IDAHO – If you can, imagine the movies, television, or even video games without sound. Not just the sound of dialog or the musical score, but also every squeak, bump and sound effect that brings a production to life.Thanks to Sound Designer Frank Bry, we don’t have to live in silence.

Bry uses portable digital recording equipment to capture sounds from every imaginable source – including a stealth bomber taking off, the trickle of a mountain stream or the ring of an antique phone – and adds them to his vast library of more than 30,000 recordings.

“You’ve probably heard some of them and don’t even realize it,” Bry said from his studio tucked away in the mountains high above Sandpoint. “In fact, I have no idea where a lot of them are going to show up myself.”

Sounds produced by Bry are sold to major companies including LucasFilm, Universal, Hanna Barbara and 20th Century Fox, to be used in films, television shows and numerous multimedia projects.

And, if you are one of the millions of computer game enthusiasts world wide, chances are you have struggled through multiple levels of demons and beastly enemies to the sound effects created by Bry. 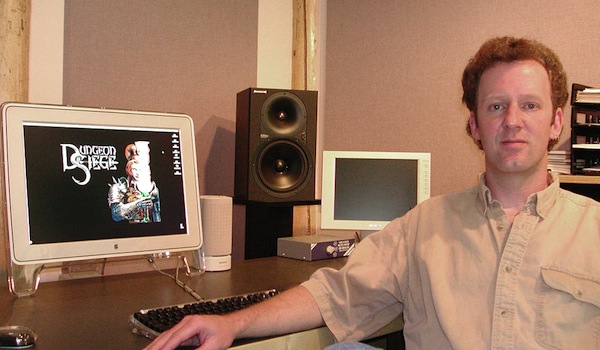 One such game, Total Annihilation, created by Chris Taylor at Cave Dog Entertainment in 1997, was heralded by the industry as one of the best games of 1998 and was additionally hailed for bringing 3-D graphics to an otherwise 2-D genre. Taylor went on to form his own company, Gas Powered Games, and brought Bry on board to create the sounds for another gaming blockbuster, Dungeon Siege.

Scheduled for release in September, Dungeon Siege is published by software giant Microsoft. “Microsoft produces a lot of games now,” Bry said. ” It’s actually more economical for them to have a company like Gas Powered Games put it together.”

Ironically, the audio for both PC/Windows-based games is produced by Bry on an Apple Macintosh G4, a computing machine and platform best known for its multimedia applications.

Using QuickTime video clips of the game’s action supplied by GPG, Bry loads sound effects along a time line in Digidesign ProTools – an audio application – to coincide with movements of the characters in the game. Each individual effect can be comprised of dozens of digital sound files.Through the magic of audio multi-tracking, sounds can be layered and mixed simultaneously to create a sonically rich and interactive environment.

Other projects currently in the works for Bry include a top secret computer game for Epic Games and a Disney Interactive computer application, Magic Artist Deluxe.

Prior to his work with computer games, Bry had been involved in numerous audio and multimedia projects. Between 1995 and 1997, he was senior sound designer for the Starwave Corporation, funded by Microsoft co-founder Paul Allen. While there he produced the audio, sound effects and dialog editing for numerous multimedia CD productions. Clients included Clint Eastwood, Sting, Peter Gabriel and a Jim Henson Muppets project.”That was the only real job I’ve had in my life,” said Bry laughing.

For Bry, now 38, the roots of his passion for sound effects began when he was 15 years old.”I had this cheap plastic electric guitar,” Bry said. “For some strange reason my mom wanted me to learn how to play, so she bought me this guitar.”

At the Massachusetts high school where he majored in art and music, Bry played bass in several bands until he opened his own recording studio there in 1984.”I basically started the studio because I wanted to do my own recording,” Bry explained. “But by 1989, I was so burnt out that I sold everything and moved to Seattle.”

In Seattle he bought a state-of-the-art Emu Systems EIII 16 bit digital sound sampler and found himself among the few pioneers of digital recording in the region. Bry began trading sounds he sampled with others in the business and shortly after that he was fielding requests to do sound design. From that point on, it was love at first sight… or sound.

“I was pretty enthusiastic back then,” Bry remembered. “One of my first sound effects recordings was the sound of my moms old china being smashed to bits.”

Bry continued searching for unique sounds and was even given the opportunity to enter a restricted area at Boeing in Seattle to record the sound of some giant hangar doors opening and closing.”One of the security guards let me in during the dead of night,” he said. “I’ve been chased away from a few restricted areas too. When I record sounds in Sandpoint though, people are pretty cooperative. They just say, ‘here comes that crazy guy with the recorder.'”

Like many technicians behind the scenes of a production, Bry’s work becomes seamlessly integrated into the final product – often without credits. The next time you turn on your television, go to a movie, or play a video game, the effects you hear might just be the sonic artistry of Frank Bry.