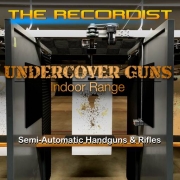 Presenting Undercover Guns: Indoor Range HD Professional Sound Effects Library. A one of a kind collection of handguns and rifles being fired in a indoor range. Multiple microphones were placed at different perspectives to capture the explosive energy inside this cavernous space. Stereo MS, XY and ORTF setups were used along with a couple of mono microphones.

The gun sounds can be used as they are or used as a layer to enhance any kind of large interior space such as a warehouse, hanger or factory. Pitch them around, adjust the decay or attack and you are good to go! If you are looking for a powerful crunchy interior space look no further. Aslo included it the target setting machine from multiple angles. And… as a special bonus, two full-auto machine guns were also recorded. 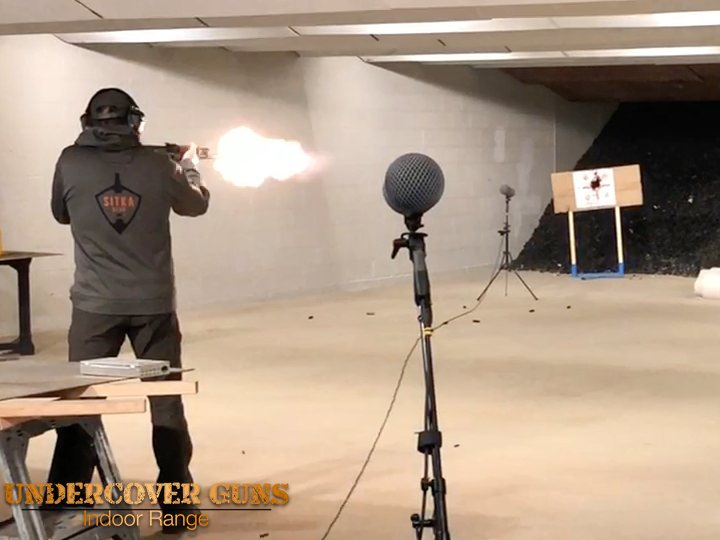 Backstory:
I spent years looking for a suitable indoor gun range to record guns in. I visited 3 ranges in another state and found out they were either very noisy (HVAC air systems), too close to a freeway or liability concerns were very complicated. I gave up my quest for indoor gun range sounds until I found out my friend was building a brand new indoor range close by. Gold! I waited until the building was close to completion and then spent half a day recording inside the unfinished range. I wanted the range open and raw sounding, no shooting bays or sound proofing material on the ceiling and walls. It was a loud, dirty and smelly recording session but in the end it was totallty worth it. Undercover Guns… The saga continues. Enjoy the sounds! -Frank