You are here: Home1 / Blog2 / Featured Articles3 / The Hawk is Here 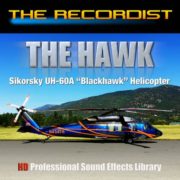 Presenting: The Hawk. One of the helicopters I’ve enjoyed recording the most is the Sikorsky UH-60A Blackhawk Helicopter. The UH-60A is a four-bladed, twin-engine, medium-lift utility helicopter manufactured by Sikorsky Aircraft. The UH-60A entered service with the U.S. Army in 1979, to replace the Bell UH-1 Iroquois as the Army’s tactical transport helicopter. This machine is a reconditioned rotorcraft from military surplus and is the real deal. It has been updated and modified to be used as a heavy lift helicopter but it still has the traditional sound of the original military hardware.

I was granted exclusive access to the very expensive helicopter to record multiple “Track and Balance” tests at full throttle on the ground and in flight. I used a Schoeps MK4-MK8 M/S for the medium distant perspectives and was hand held so I could be mobile. I set a Sennheiser MKH-8040ST XY microphone close up and then medium close during the test starts and power down sequences. I set up my AT-835ST far away in the grass field next to the runway. I also set a Sony PCM D-100 and MKH-8040ST ORTF inside the Blackhawk for the interior perspectives. On other occasions I used a Sony PCM D1 for some distant perspectives and set the PCM D-100 outside the helicopter at a medium distance on the ground. 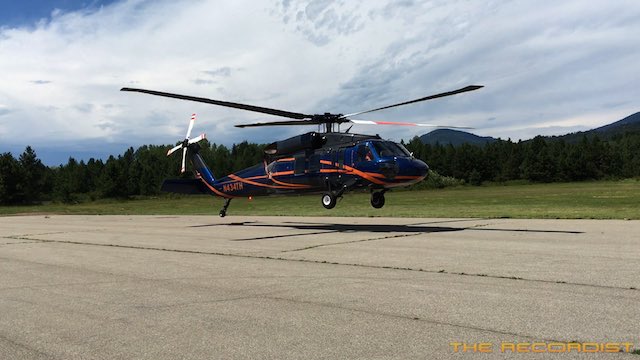 The helicopter was recorded on many different occasions and in a few locations. At times the Hawk was in a wide open field and other times it was in close proximity to buildings. There is very broad selection of perspectives and performances you can draw upon for sound design. I used the MKH-8040ST XY microphone on a boom pole for some of the pass bys and start ups and other times I used the Schoeps MK4-MK8 M/S microphone set.

For more information and to purchase go to: https://therecordist.com/product/hawk-hd-pro/

The Hawk HD Professional Sound Effects Library is a multi-channel collection of sounds from a Sikorsky UH-60A helicopter that has been converted for civilian use. This one of a kind set of collection features multiple ground and flight “Track and Balance” operations recorded in a exceptionally quiet environment. Cockpit control systems (switches, levers, dials) and doors are also included. Recorded on six separate occasions.

Blog Post about recording the UH-60A Blackhawk with pics and video: https://therecordist.com/uh-60-blackhawk-recording-2016/

One of the helicopters I’ve enjoyed recording the most has been the Sikorsky UH-60A Blackhawk Helicopter. This machine is a reconditioned unit from the military and is the real deal. It has been updated and modified to be used as a heavy lift helicopter but it still has the traditional sound of the original military hardware. Here are some sights and sounds from this amazing sound effects recording adventure.

The Huey is Here