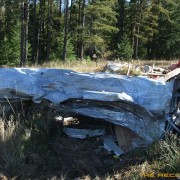 Where Do I Begin?

I spent a lot of time with my Grandfather when I was growing up. He was a scruffy old man that liked to keep EVERYTHING. I guess it rubbed off on me and I tend to save stuff that other people think is crazy. Some of the things I like to keep around are metal objects. Large, small, rusty, you name it I’ve got it stored around somewhere. The stove that I recorded is one of those things. I used it for years and then when it was moved to my ranch it fell off the truck and got beat up. It still worked but it was dented and warped. Perfect for sound effects recording! 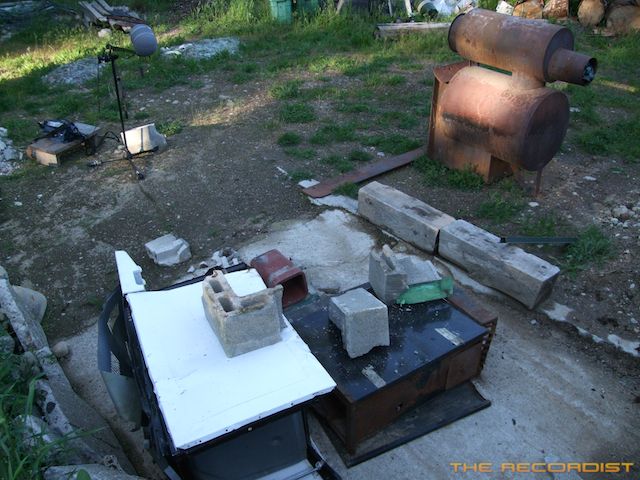 Sometime in 2007 I found an old wood stove on the ranch and jumped on the John Deere tractor and dropped it from the bucket a few times. I liked what I heard and proceeded to get the electric stove (Scrappy is the name, thank you Michael R.) and drop it. The wood stove drop was a test and turned out great but I wanted the sound of them rolling and crashing so I found a location on the ranch with a hill I could access with the tractor. It was winter and there was little snow, very quiet and I was on a roll so to speak. When I dropped the electric stove I left all the rings, racks and pans inside and that was great because it totally had a “scrappy” crashing roll sound. Perfect! I recorded with three microphones from different perspectives.

In 2008 I decided it was time to replace my roof on my house. Since my brother is a metal fabricator I flew him out and we both tackled the crazy idea of “do it yourself roofing” After we were done I thought of recycling the metal but my genetics kicked in and the ghost of my Grandfather appeared in my head and told me “keep it, you never know when it will come in handy”. So, we stacked it next to my garage and it sat there for a few weeks until I had the time and energy to record. The first session with the roofing metal was awesome. I placed a Sanken CSS-5 on one side of the 22 foot long stack and a Sony PCM-D1 on the other. Since we just ripped the sheet metal off the roof quickly, most of the 30 year old nails stayed in the sheets. When I dragged them across each other the nails would catch and make an awesome screeching sound. One of my favorite sounds in the library. I combined both recording set ups and with the PCM-D1 very bright and the CSS-5 with body, I got a great mix of the two. 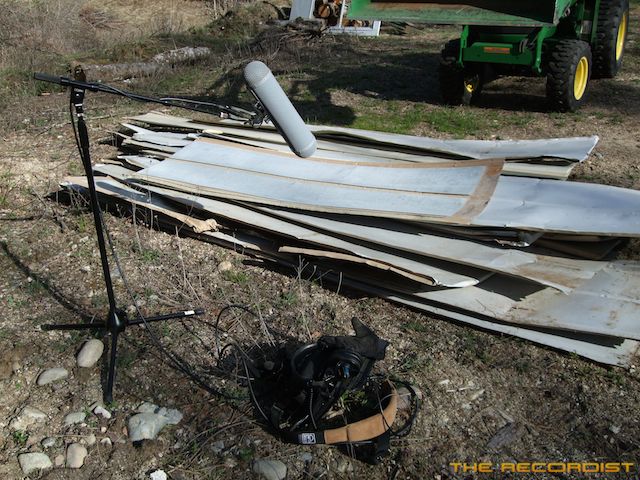 What else can I record?

Since those early sessions I have been collecting and keeping all the metal I can. I found pipes, huge steel plates, mailboxes, stop sign posts and 6 foot crowbars. The stove has held up well getting the crap beaten out of it over the years and these new objects were used with it. Very recently I dropped the metal junk on the stoves, dragged them around on concrete, pulled them apart and general mangled them.

One of my favorite sessions was when I used the sign post and long crowbar with the electric stove. I slid the bars into the mouth of the stove and got some great slide-clanks. The other session was right after I picked up the Sennheiser MKH-040ST rig. One of the panels on the stove had come loose and as I was moving out of the way it made a great scraping sound. I recorded this sound for 15 minutes with the MKH-804ST rig very close. I recorded at 192K and when they are pitched down they sound like communication towers or old steel bridges collapsing.

I recorded many other metal objects and learned that metal is the wild card. You never know what you are going to get and you can make it into anything.

So, What Did I learn?

Metal is loud! And, it can be very soft and subtle. I never really knew how loud something was going to be and since I record alone I was constantly adjusting the levels and pads on the recorders. I clipped many takes and had to re-record a lot of stuff. I lost some great sound events and in the future I will try to be more careful. I must say scrape metal is also dangerous. I never drew blood on the sessions but I advise anyone recording sharp metal objects to be careful. Pace yourself and take frequent breaks to save you energy. Being tired while tossing metal around is not a great idea.

I also learned that at some point you have to stop recording. I wanted to record a lot more for this library but it got to a point where it felt right and there was a certain “vibe” to the collection. I tend to live in the moment and I suspect there will be more moments in the future for a second library. I’m going to keep following my gut instinct and my genetics that I got from my Grandfather and keep saving EVERYTHING!

For more go to:

Designing Sound: Making of “Mangled Metal”, The New SFX Library of The Recordist 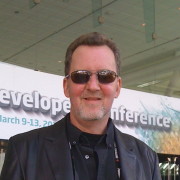 The Recordist Q and A with Designing Sound
0 replies