Here is a preview with audio, photos and a little background on the making of my forthcoming SFX library called MANGLED METAL.

So here I am at the tail end of recording for my next SoundBox HD Pro library and I decided to go all out and dump some metal from the JD tractor. I set up 3 microphones, a MKH-416, Sanken CSS-5 and the stereo MKH-8040ST. I wanted to get some intense crashes with the junk metal I have around the ranch and so I loaded up the tractor bucket for each take and dumped. Loading the junk metal after each take was quite a work out. Because I wanted to hear each take right after I had to jump off the tractor and stop the recording and the video I was capturing at the same time. It was a very hot day for North Idaho and the sun baked me. All in all it was totally worth it and I got some killer stuff at 24Bit-192Khz.

After the large crashes I then scraped and rubbed some of the metal sheets that broke off the stoves I was using. The audio clip below demonstrates what you can do with the MKH-8040ST recordings played back at 25% speed. At the start of the clip are crashes at 50% speed and some metal sliding clanks from a stop sign post/heavy crowbar combo into the oven of the beat up electric stove.

I ended up recording a barrel hitting the metal stove and many other various drops and hits. 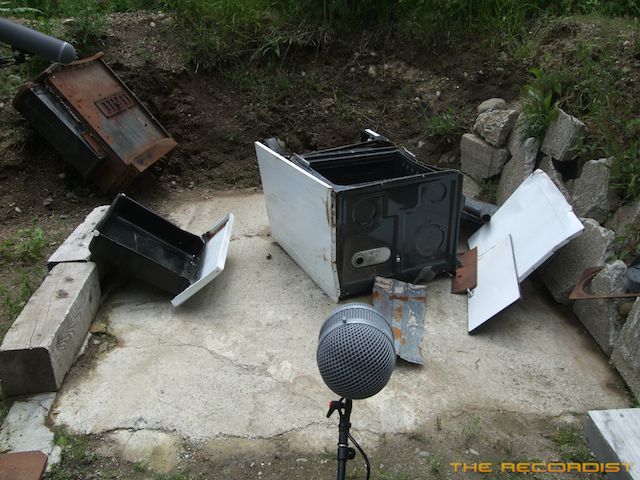 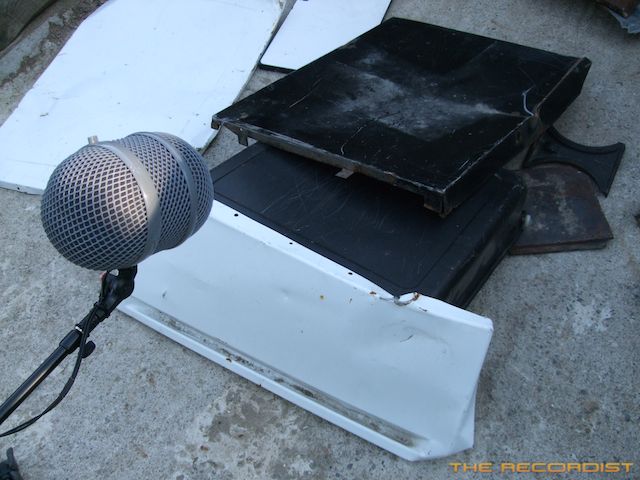