There is a first time for everything and recording bullet pass bys and impacts was a first for me. I’ve always wanted to try my hand at bullet recording but never had the knowledge or association with anyone that had a permit to use a gun suppressor. During the recording sessions for the M60 machine gun with the very experienced and amazing marksman named Richard from the local gun shop I began to inquire about what it would take to record some bullet impacts and whizz bys. I then consulted with everyone’s favorite weapons maven – Charles Maynes (my sincere thanks man!), and he gave me some valuable advice for these kind of sessions. I then explained what I wanted to accomplish with Richard and gave him the specs from Charles and we were off and running. The bullet demo in this blog post has some of the sounds recorded and played back at 35% of normal so you can hear the shot and the impact in greater detail, and they sound much more interesting slowed down a bit.

I’ve recorded many guns with a portable recorder at or near where the bullets impact mainly for just another perspective but learned a lot from the sounds from these recordings. First, there is always the loud “bang” sound from the gun firing and second there is a supersonic shockwave “crack” That sometimes overshadows the initial “bang” As you can hear in the demo below of a Winchester Model 70 rifle with Weatherby .300 rounds, when I move the microphone near the bullet impact you can hear double and sometimes triple shockwaves from the very powerful ammo. I recorded this on a rock hillside up behind the ranch with a Sennheiser MKH-8040ST. The first 3 shots are with the 8040ST about 30 feet from the gun and the next 3 shots are 10 feet away from some huge boulders. I was going to use this demo for a future blog post but decided to use it here. Also, I know the ammo and the gun are MUCH larger than a Glock 22 but hey… 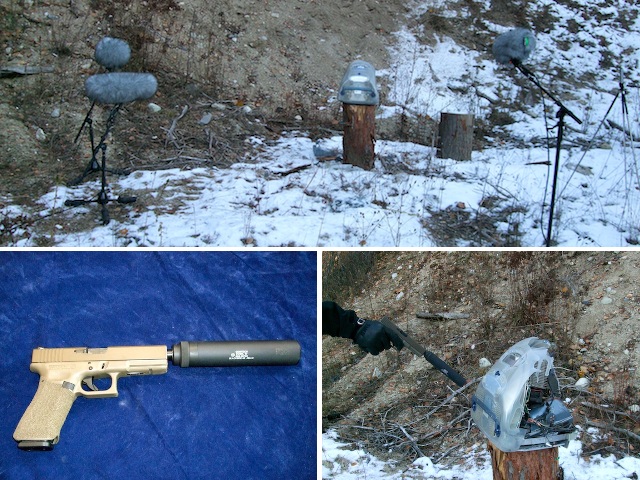 Now, on to the bullet recording sessions. The goal was to have a bullet traveling less than 900 feet per second. It needs to be subsonic and slow (for a bullet) with enough force to make a decent noise when hitting it’s target. Richard researched what he thought we would need and built the ammo himself with soft metal slugs and just enough gunpowder to make it go the right speed. During one of the M60 sessions we tested some bullet impacts into a refrigerator with a Glock 22 and regular off the shelf 40 caliber ammo. As you can hear the bullet travels fast and the gun tail can be heard in the bullet impact even though he was shooting from 150 feet away. Even when the sound is played back at a speed of 35% of normal, the “bang” is still very loud.

The next week we traveled back to the gravel pit and tested the Glock 22 with a supressor and the 40 caliber ammo that Richard had made. I bought along a dead iMac, solid steel plate, oven pans and some windows to use as targets. 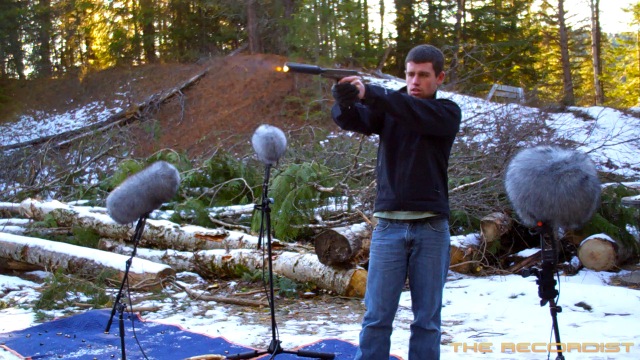 I was cautious about where to place the microphones as I did not know how much or how far any debris would fly. I placed a MKH-8040 and a MKH-416 on the left side of the target around 10 feet away with the MKH-8040 closer in. I placed the MKH-8040ST setup to the right of the target a little higher off the ground and the same distance away as the others. I wanted to get the stereo pass by of the bullet along with the impact. I also had a AT-835ST setup near Richard to get the suppressed shot sound just in case. I had the channels so why not. The suppressed gun shot sounds nothing like you hear in the movies or TV, it sounds like a muted firecracker. After a few takes I moved the microphones slightly closer.

Shooting this gun with the slower bullet and a suppressor was a challenge at times for Richard. He was aiming dead on the target (he is a very good shot I must say) but the bullet would veer off course because of it’s weight and slow speed. He really tried his best to hit with accuracy but sometimes the bullet went low or high. Actually, it was really OK because with the frozen ground I was able to get some great richochets.

I wish the glass impacts came out better but the glass was double paned and the bullet just punctured the glass and there was no shatter. I am going to bring some of the left over single pane glass windows from the recording of Ultimate Glass to the next session and hope for some epic breaking. 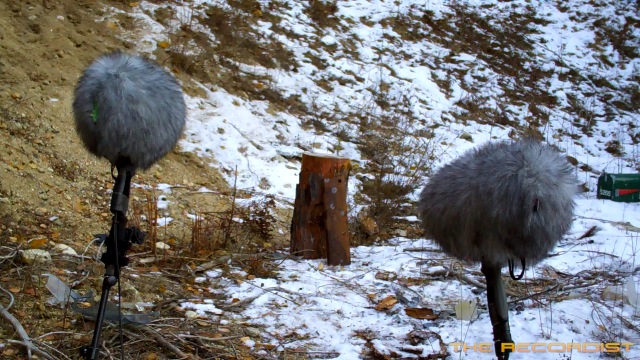 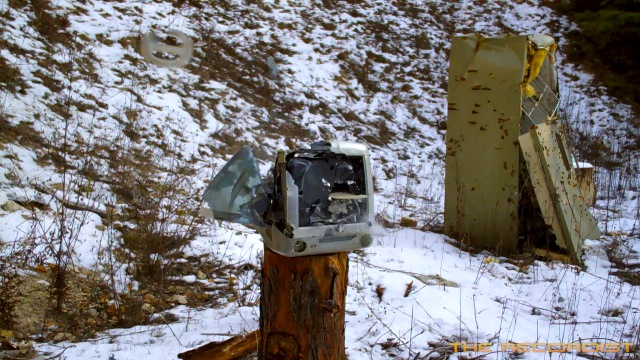 I was also pleased with the iMac sounds. As Richard slowly chipped away at the soon to be more dysfuntional iMac the sounds became more diverse and the parts started to fly off the computer and land everywhere. After recording we fished out the bullet remains from the inside of the iMac. They were so soft that the interior metal parts of the computer were stopping the bullets in their tracks.

I have many bullet recording sessions planned this coming summer including long range pass bys with a high powered suppressed sniper rifle. I hope to get the recording done sometime time before the Mayan calender ends later this year. 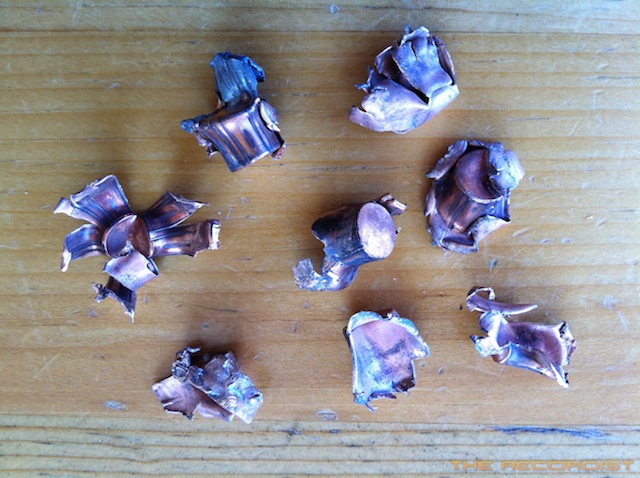 Disclaimer and advice:
Recording gun sound effects is very dangerous. Recording bullet impacts and pass bys should be taken very seriously and done with the help of a professional weapons handler. Please do not try this at home or without the proper instruction and training. 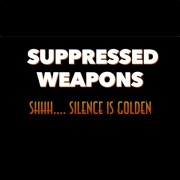 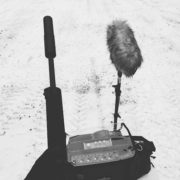 The Envolution of Suppressors

Hail Storm Inside My SUV Feb 2012
Scroll to top