It’s been a year since I did any extensive train recording and today I ventured out into the wilds of North Idaho with my MKH8040ST ORTF rig to see what I could get. During a quick morning trip to town I noticed two trains parked across the lake waiting for track repairs to be completed. I had enough time to drive home and grab the microphones and set up on a cliff overlooking the lake. The two trains were right below the cliff just itching to depart. There was a lot of bird activity in this location. Geese, Eagles, Ravens, Turkeys, you name it they were all making a lot of noise. I think it’s mating season (the two trains thought so also… I think) and the activity was through the roof! I waited over an hour for the tracks to clear and eagerly awaited the first train departure. 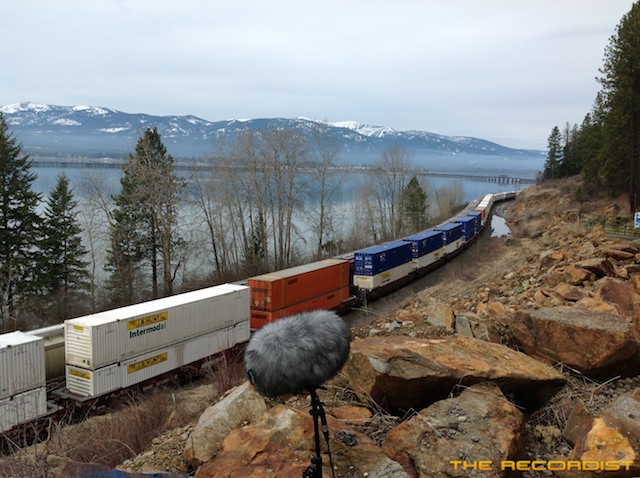 I recorded the West bound train departing. This train was loaded. I noticed how the loaded train departs much slower and more carefully when with cargo, makes sense. After a hour or so a van pulled up and was waiting to get through the gate down to the tracks so I walked up and talked to them. They were the engineers that were to hop on the second East bound train. East bound trains are mostly empty and when they depart it’s quite a sound. The empty grain cars rattle and bang as the slack is taken up. The engineers could not get through the locked gate so they headed further East to another access point. About a half hour later I heard the air brakes releasing and when that happens the next thing on deck is the slack take up action when they depart. 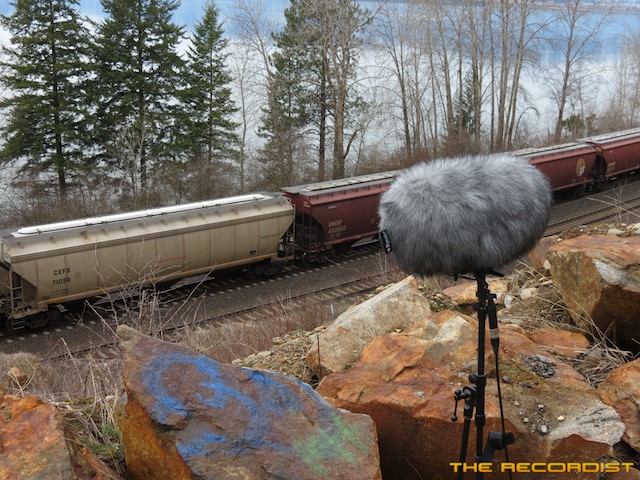 My recording location was at a curve in the tracks about midway down the train. I could not see the engines but I could hear them revving up and the next thing I know I hear the oncoming metal clanks. It’s kind of freaky, they sound like you need to get out of the way. The oncoming metallic rumble comes fast and loud. I got a great recording and below is a compilation of the two trains. This was the first time recording trains with the ORTF set up and I am very pleased with how it sounds on trains. The trains were about 25 meters away and when they are that far away the ORTF really produces a fantastic stereo field.

The next time I go out train recording I will bring the MKH8040ST XY and the MKH8040ST ORTF rigs and record them sync locked and post a demonstration of them side by side. Stay tuned! Enjoy! -Frank 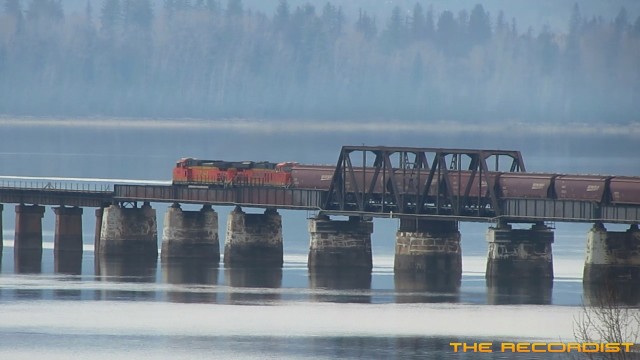