You are here: Home1 / Blog2 / Featured Articles3 / Recording The 6311 Locomotive

In August 2013 I had the opportunity to record a rare diesel powered train from the 1950’s. This was a long time coming but it finally happened thanks to a few friends and the really cool guys who were tasked with making the machine operational. Here is the back story. In 2011 during the recording of North Country Trains sound effects library I stumbled upon the old locomotive parked along the switching tracks in Ponderay Idaho. It look as though it was being refurbished but I was not sure. A few days later I asked around town and a friend of mine actually knew about the train and who was working on it. He told me he would look into it. A few weeks later he called and told me it was going to start up very soon and would I be available to record on short notice. Of course I said “Oh yeah, I can be ready at a moments notice!”

So now I just had to wait for the call to go record and that call came in 2012. Well, it turned out that the new owner was not ready to take delivery and the train needed a whole lot more work. So I waited… again. By the summer of 2013 I had given up on the idea of recording this train engine but then the second call came in and it was the man in charge of fixing it up. We set a time and date to record and we were off to the (train) races.

This is Happening!
Once I arrived at the train I met with everyone involved in restoring the engine and they informed me that the inside of the train was very tight and there was grease, oil and a few very sharp metal edges to make sure I stayed away from. “Yikes!” I said to myself, “I have to put my microphones in there?” After a walk through with the head mechanic we decided that the best way to do this was to put the microphones in the rear and the front and to one side of the engine. This was because they had to walk around during the start up to secure the 16 cylinder hatches which had to be open during the initial start up. They also informed me it was VERY loud inside the engine compartment.

About the Diesel Engine Locomotive
The EMD FP9 was a 1,750 horsepower (1,300 kW), B-B dual-service passenger and freight-hauling diesel locomotive produced between February 1954 and December 1959 by General Motors Electro-Motive Division, and General Motors Diesel. Final assembly was at GM-EMD’s La Grange, Illinois plant, except for Canadian orders, which were assembled by Canadian subsidiary GMD at London, Ontario. The FP9 was essentially EMD’s F9 locomotive extended by four feet to give greater steam generator and water capacity for hauling passenger trains. A total of 90 cab-equipped lead A units were built; unlike the freight series, no cabless booster B units were sold.

Ready, Set, Go!
I placed a MKH-8040ST in the rear of the compartment facing toward the front ever so slightly. I then placed a MKH-8040 up in front of the engine just above the cylinders and a MKH-8050 further forward at the air intake and electrical generator. I ran my cables into the train engineers cockpit and set the recorders on one of the seats. I only used these three microphone rigs as there were many other enthusiastic people that were invited to hear this old beast start up so there was not much room left inside the train. My goal was to record the “intimate” interior part of the train and outside was a bit noisy so I remained focused on the interior sound.

Once the video camera was set up and the mechanics performed all the pre-start tasks we were ready. I gave them the go ahead once I was confident the two SD-702 machines were locked and the video camera was rolling. Looking back I would have preferred to remain outside the train because once they ran the engine up to full RPM it was shaking like crazy… I was a little nervous to say the least. Being inside a old train running at full throttle was a wild experience, my mind started thinking wild scenarios such as: What if the train slips into gear? What if it explodes? What if a cylinder bursts open and metal darts go everywhere. “OK, stop it!” I told myself. The mechanics obviously knew what they were doing so I gave all those freaky thoughts a rest.

Needless to say I got some very unique sounds from a machine that is very difficult to record. My favorite part of the sounds I recorded are the throttle downs and the high RPM steady portions. I think all kinds of SCI-FI type of sounds can be designed from this diesel engine/turbine combination. The engine inside this train was the largest piston engine I have every seen and what it takes just to run it is quite amazing. A special thanks to all the guys who worked on getting this beast running and for allowing me to record it. Enjoy! -Frank 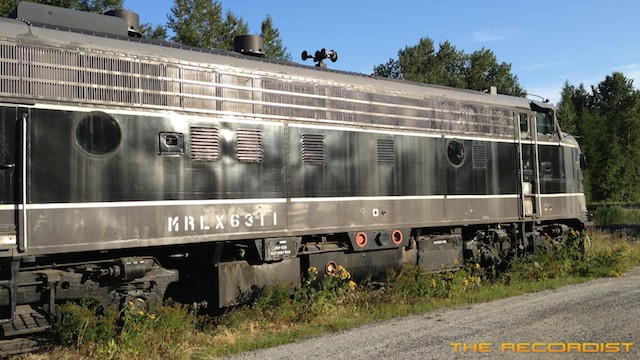 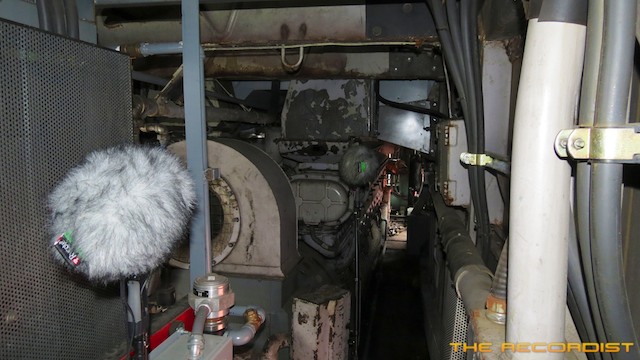 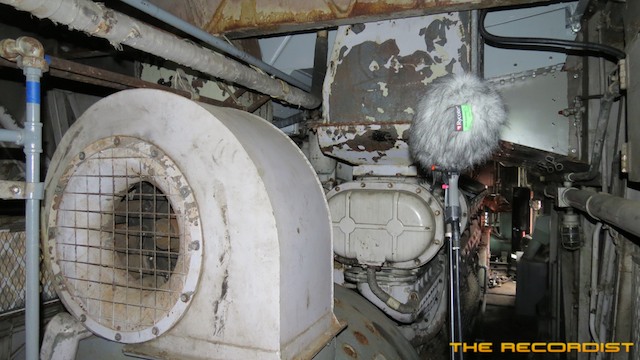 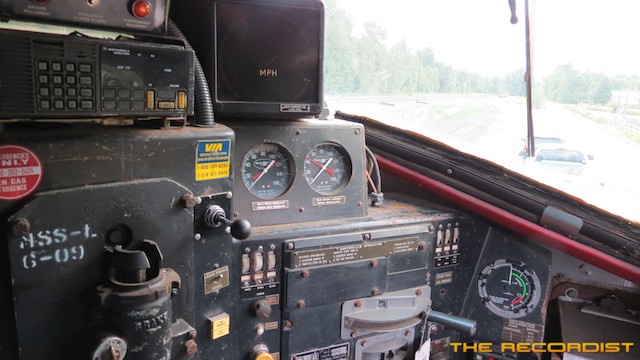 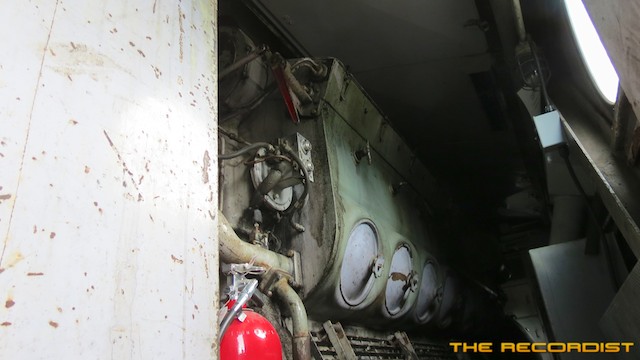 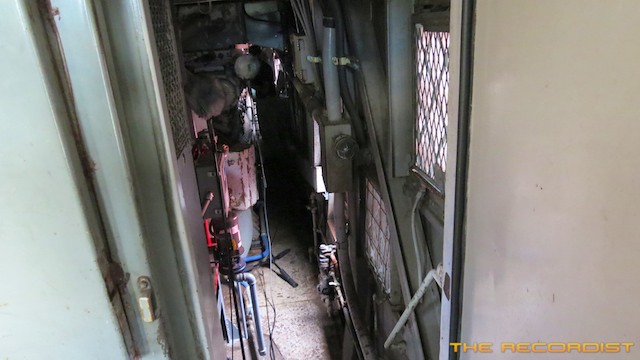 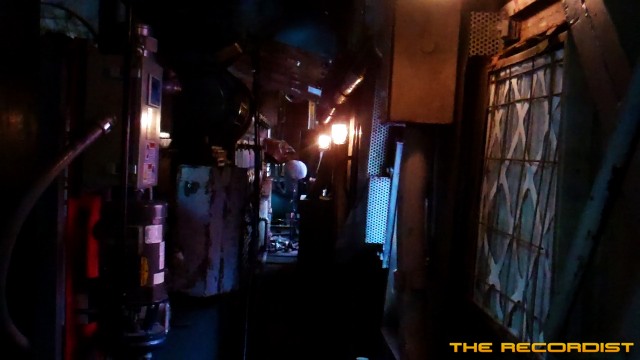 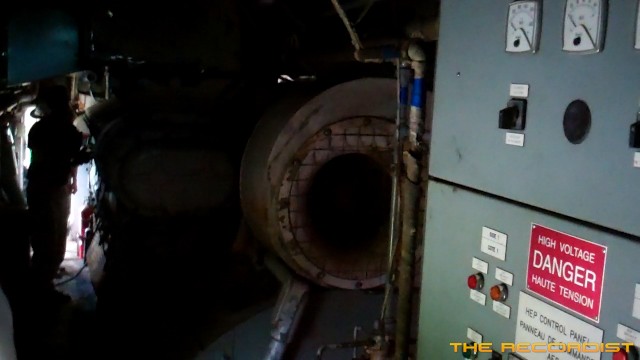