It’s been about 12 years since I recorded a train. When I lived in Seattle I was able to get some great recordings of all kinds of trains in many environments. When I moved to Idaho in 1997 I soon realized that trains were everywhere. North Idaho is the main Northern route from East to West. 60+ trains a day pass through here so there is always a chance to get recordings year round. I recorded many trains back in the late 90’s but they were with a DAT machine and now I wanted to start recording all theses trains at high resolution. So, it begins!

Sunday, March 13th 2011 was a beautiful day. Spring is just around the corner and the snow is melting off fast. This is a great time of year to record outside. Most of the birds have not yet migrated back from the South and the general activity outside is minimal. I packed up the gear and headed out to one of the many locations where there are secluded rail road tracks and waited. I did not have to wait very long. As soon as I found a spot I heard a train in the distance. I was not ready to record yet so I scrambled to get my CSS-5 and SD 702 up and running. I was lucky because the one thing I did do prior to leaving the house was put the mic on the stand and plug everything into the recorder. All I had to do was unload quickly and stick hte mic stand out there.

The first location I found was about 20 feet from the road and 50 feet or so from the tracks. The tracks where at a lower elevation than me by quite a bit. There were two sets of tracks on a slight banked turn. I stood in the trees and got ready as fast as possible as I could hear the train off in the distance. I thought my level was good but on playback I noticed that the limiter had kicked in even though the peak level was 3 dB below 0. I guess I recorded a bit hot so the train has a slight growl to it as the engines first pass by. The train had 3 engines and was very loud…. I forgot how loud trains can be.

Right after the 1st train passed there was another train coming from the other direction. I did not see or hear it and was waiting for the last train car to fade out and then suddenly it was roaring by. This second train made a sad wailing sound as it carved the turn and was slowing down. Nice!

Video of a train

(I had some time to set up and record some foootage) 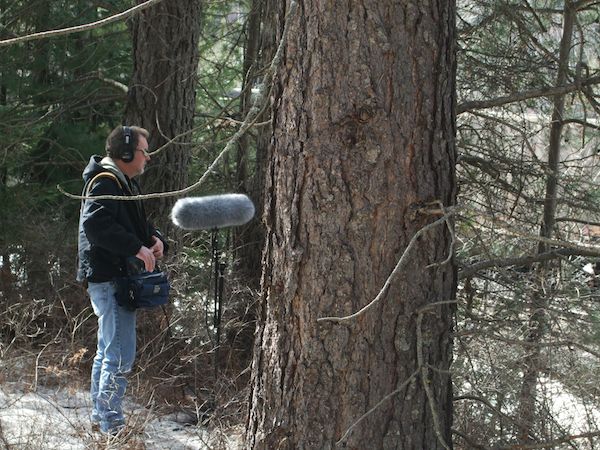 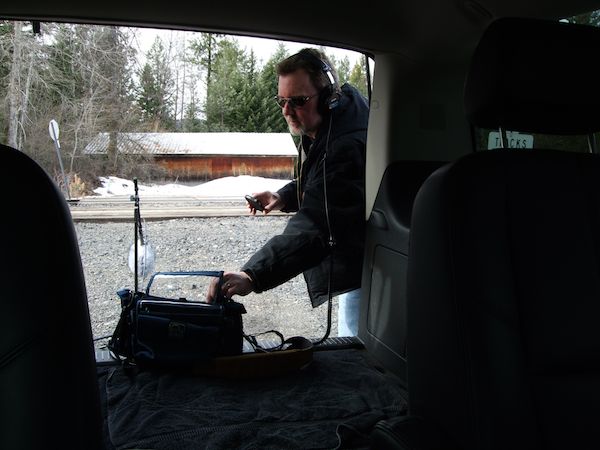 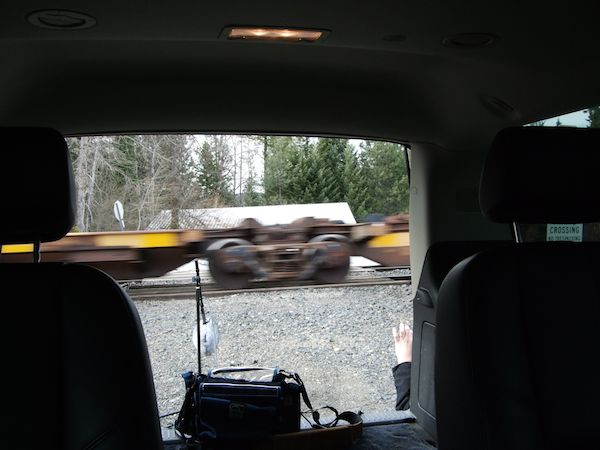 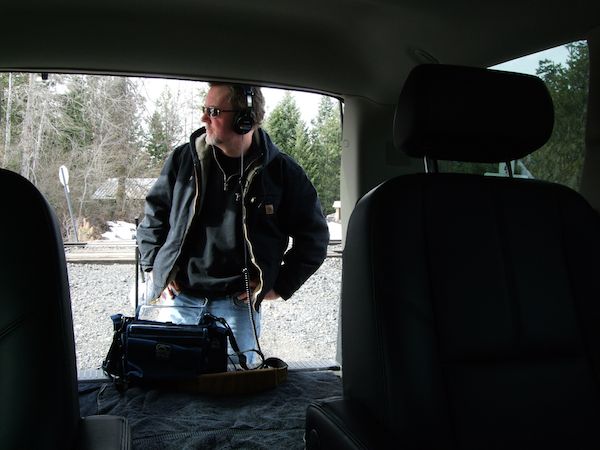 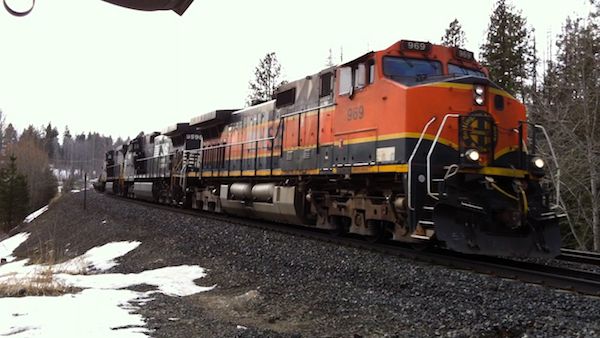 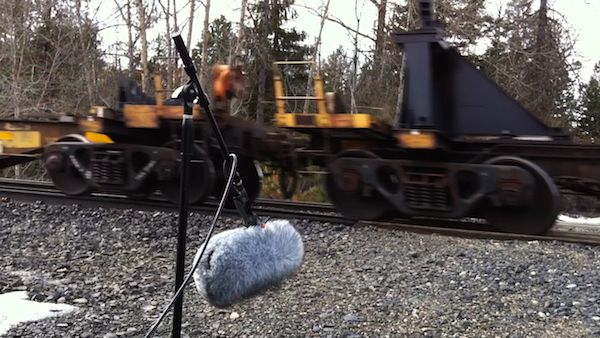 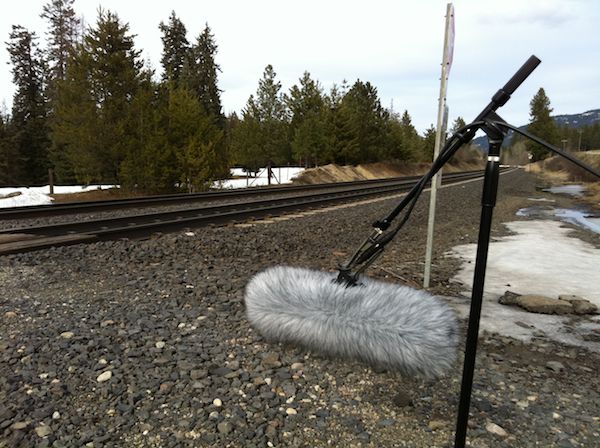