My desire for creating the Ultimate Rockslide sound effects library led me back to my favorite rock quarry high above the city of Sandpoint Idaho. I wandered around for a while and found a location I had not recorded before. It was a very steep slope with huge rocks at the top…. perfect!

Once I set up my gear I realized how damn dangerous this is. Recording alone at the top of a mountain, worrying about the gear falling over the cliff and my own safety….. shit, I’ve got to be crazy. After a mild panic attack I set about recording. The rocks, which were quite large, were placed just right. A little push and they were over the cliff. Lucky day.

Below are some takes from the session. I managed to get around 40 rockslides for my upcoming SoundBox Pro library: Ultimate Rockslide. I included the natural recordings and some layered, Eq’d and pitch manipulated versions. Gear: Rocks, Sanken CSS-5 and Sound Devices 702 at 24/96. 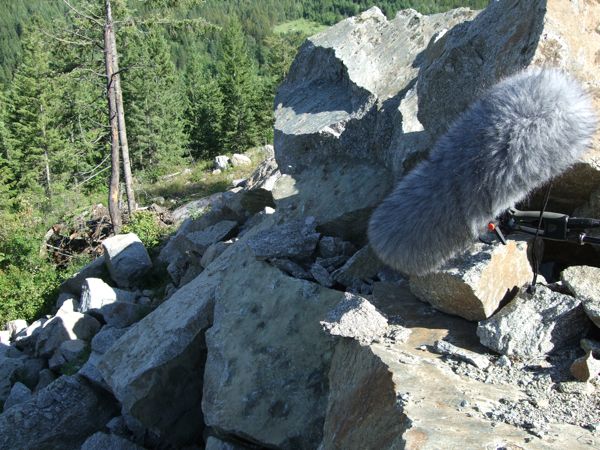 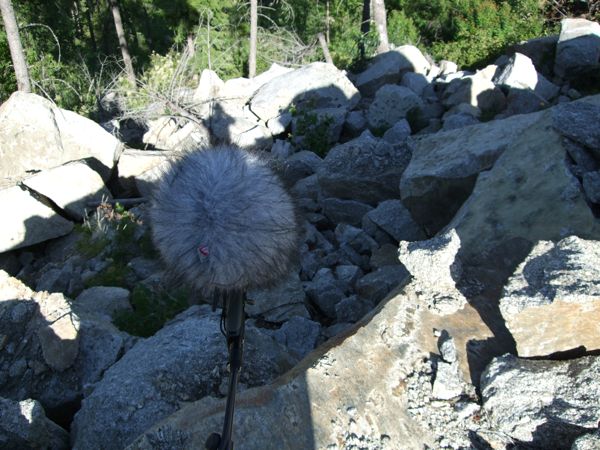 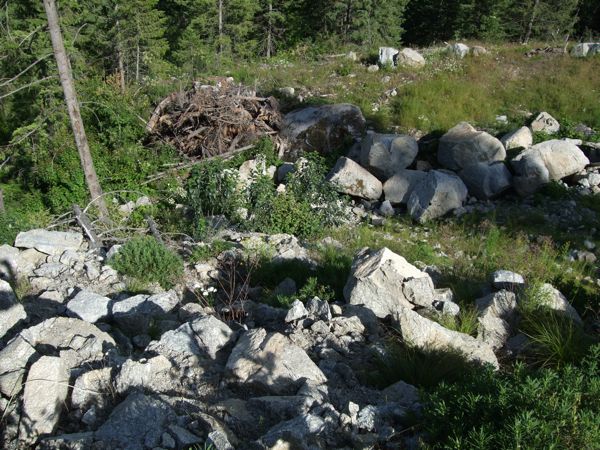 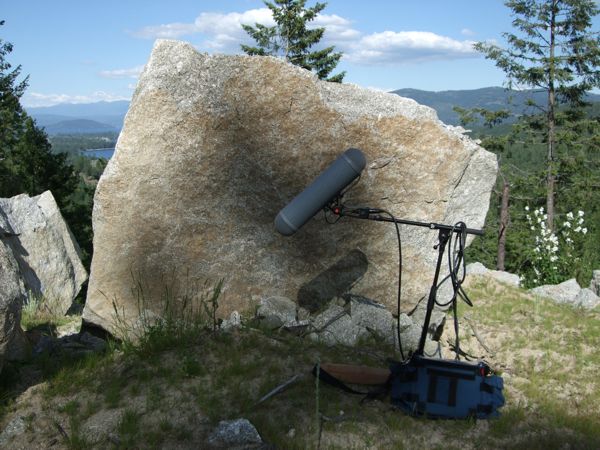 This diverse collection includes: massive rocks falling down cliffs, huge boulders dropped from a excavator, medium sized impacts and large scraping stone movements. Small stones, dirt, sand and gravel debris round out this one of a kind sound effects library. Multiple performances and variations make this a valuable source of rock and dirt based sound effects for the professional sound designer. From the smallest pebbles falling to massive boulders being dropped from above this sound library has the widest possible range of rock based assets you will find.