This is a cannon… not a huge cannon but a decent sized fairly portable cannon that makes quite a bang. When you pack it with synthetic black powder, ram a chunk of solid steel down the barrel, light the fuse, run for cover, block your ears and wait… it makes a noise, a loud noise. This is the first of many sessions planned with this cannon over the next few weeks and I plan on recording it in many locations. Next location is high up on a cliff overlooking the river where there is not much but solid rock around. I named it the “Cannon on Call” as I can record it pretty much anytime I would like with just a little advance notice and planning.

This session was initially going to be at a mountain location deep in the woods but the entry gate was locked so I had to move it to another location, the driveway of the people that own the cannon. This was not a bad location since the gear was easy to set up and it was still quiet enough for recording. 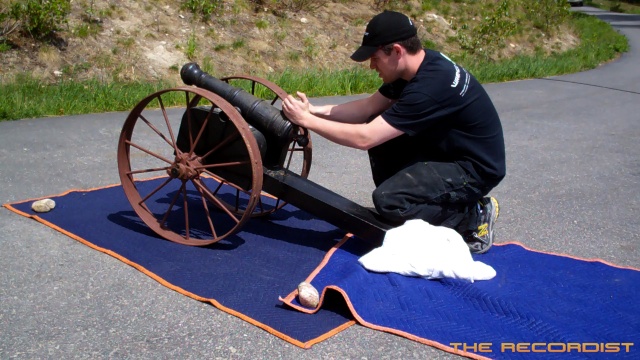 Once we had the cannon functional (the first two shots were no-gos because the fuse got jammed up in some condensation or something and would not ignite the black powder) I recorded 4 shots with pieces of quarter inch solid steel rod cut to two inches in length. I did not have a long throw so I was not able to get the projectile pass by and hitting. We shot it into the forest up a hill. There was some background noise of yard work going on so we had to wait about a half hour for that to stop but then the wind and kicked up. I read the forecast before the shoot and knew the wind would be getting stronger as the day went by, very common here as the sun comes up and heats the air. The wind would come and go so in between the stronger gusts we set the cannon off.

The microphones I used were four MKH-8040s, a MKH-416, AT-835ST, CSS-5 and a Sony PCM D-50. I tracked these to a pair of Sound Devices SD-702 recorders, a Fostex FR-2 and a Sony PCM-D1 with the XLR-1 microphone module. The first set of MKH-8040s were centered right behind the cannon in XY mode. The second set of MKH-8040s were place further behind and spaced far apart aiming in towards the barrel. The CSS-5 was placed out in the forest off to the right of the cannon. The AT-835ST and the MKH-416 were placed to the sides and just a little closer then the wide MKH-8040 microphones. Finally, I had the PCM D-50 about 150 feet away to the right down the driveway. I knew we only had a few steel projectiles so this basically was a test to find the right combination and placement of the microphones.

The cannon rolls back a little bit when fired so I set some moving blankets under it and also noticed the long metal bar in the back hits the ground also so I wrapped that in a towel. The barrel itself rocks up and down also and next time I plan on padding that also to see if I can minimized the hit noise it makes. This noise is part of the cannon but I would like to try it with the pad in place. 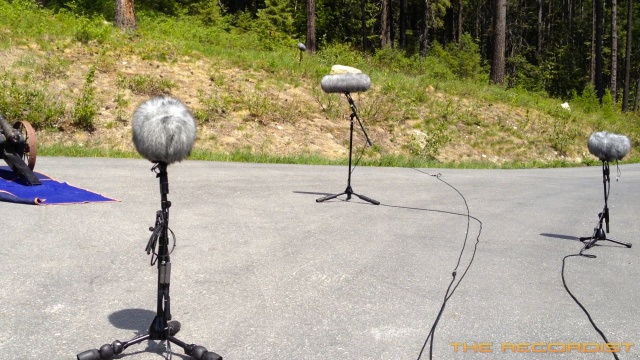 Overall this session took about three hours and I was satisfied with the results on the first shoot given the circumstances. I plan to try other microphone placements and locations very soon and will update the website with the latest cannon session sounds, video and blabbing as it happens. 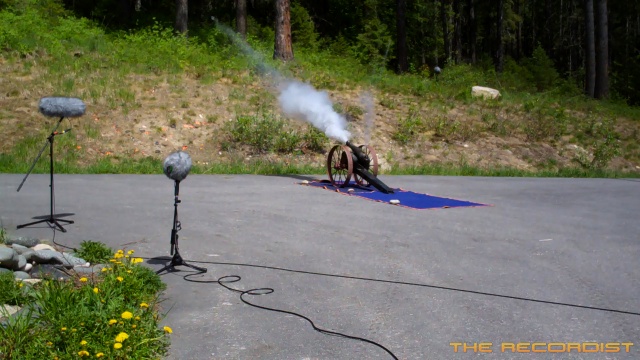 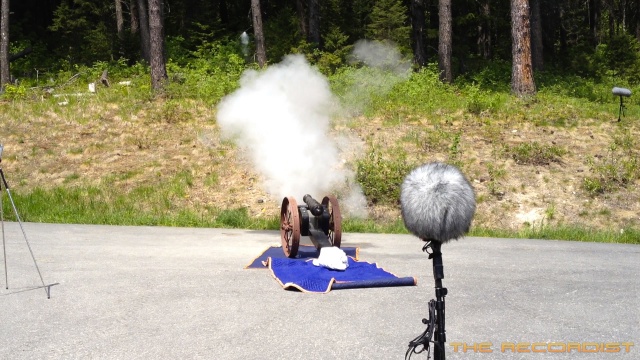 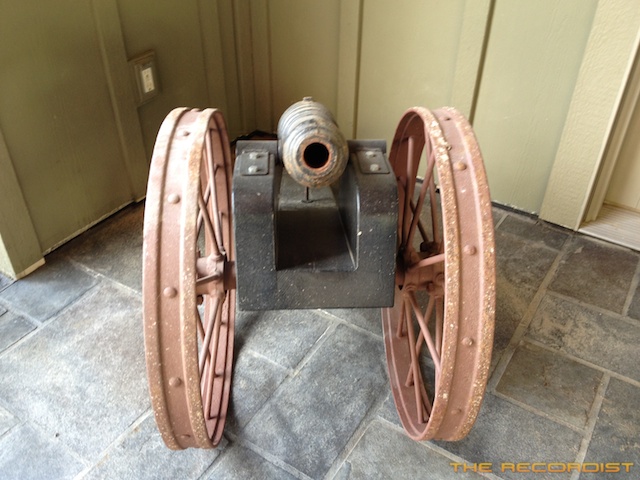 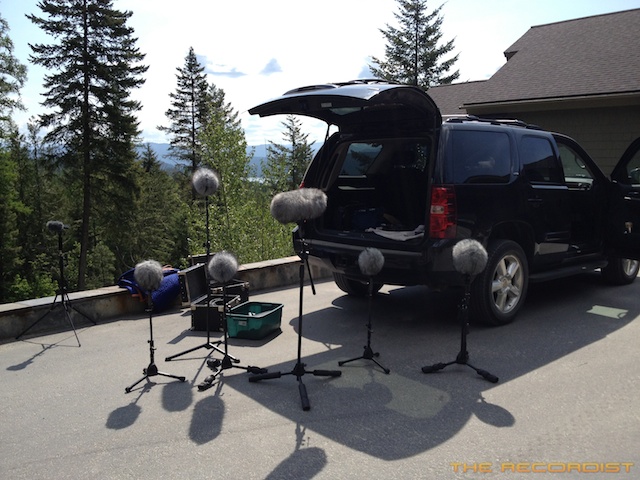 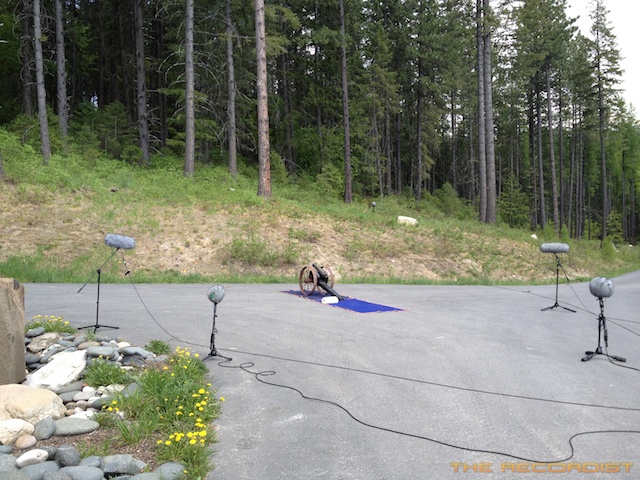 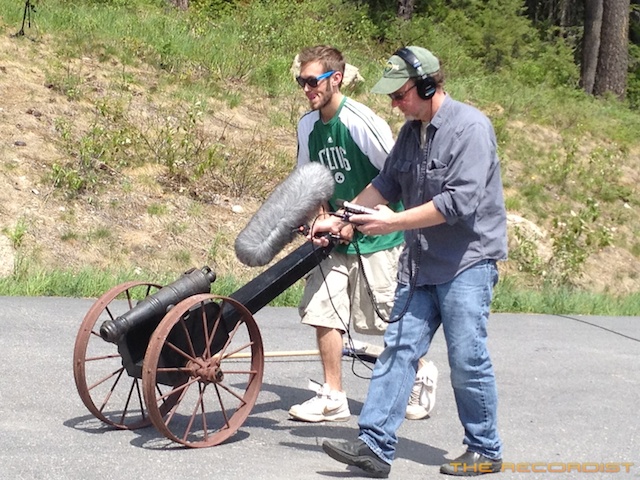 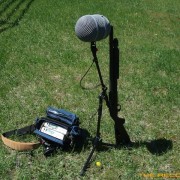 Suppressed Gun In The Mountains